0
No products in the cart.

IT WILL TURN IN YOUR FAVOUR

Our Focal Scripture holds a different narrative. David, a teenager and a war rookie was on top of Goliath, the undisputed Philistine champion, who had been a warrior from his youth. It was a clear demonstration of God using the foolish things of this world to confound the wise.

This is exactly what God is about doing in your life, Child of God. That matter will turn in your favour. It does not matter how loud the voices of your affliction, pains, troubles, struggles, anguish, disappointments, frustrations, betrayals, etc sound today. It is about to turn in your favour.

If anyone had told Goliath that he was going to die by the hands of an inexperienced bush boy who was armed with a sling and stones; he wouldn’t have believed it. That is the same way God is about to give your challenges a rude shock through your hands. All those who heard your Goliath roar will soon see his head in your hands.

Depend on your God. Your approach might look old fashioned but God is going to empower it to deliver incredible results. Your zeal for God will not be disappointed. Your mockers will be put to shame. Whatever seems to be standing over and against you today has an appointment with the soles of your feet. Now, take another look at that your Goliath and . . .

Declare With Me: Oh my challenges, irrespective of your size and might; God has ordained my feeble hands to destroy you and my feet to stand over you. Amen! 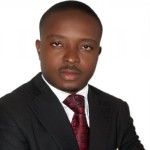 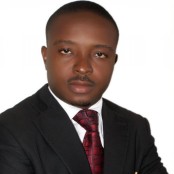 Written by: Daniel Chidiebere Asonye
STONES THAT DELIVER
YOU ARE ENOUGH

Free to Your Inbox